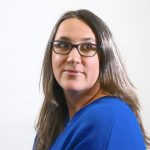 Charlotte Crofts is Associate Professor of Filmmaking at UWE Bristol, founding editor (with Professor Jon Dovey) and now Editor in Chief of Screenworks and on the editorial board of Open Screens.  She was the first MeCCSA Practice Network chair, served on the Executive Committees of both MeCCSA and BAFTSS and co-convenes the BAFTSS Practice Research SIG.  She is a filmmaker and creative producer working across film and emerging media, currently developing a feature film adaptation of Angela Carter’s Flesh and the Mirror with support of the BFI Development Fund. She developed two locative heritage apps exploring local screen history in The Curzon Memories App and the Lost Cinemas of Castle Park App and she is now working with ArcGIS StoryMaps to map Bristol’s cinema history. She is director of the Cary Comes Home Festival celebrating Cary Grant’s Bristol roots and sits on the steering committee of Bristol UNESCO City of Film. She has authored a book, Anagrams of Desire: Angela Carter’s Writing for Radio, Film and Television (MUP 2003) and published articles and practice in journals of Media Practice and Education, Moving Image,  PostScript, Screenworks, Open Screens and Contempory Women’s Writing.

Will DiGravio is a writer, podcaster, and video essayist. He currently hosts The Video Essay Podcast and writes the weekly newsletter Notes on Videographic Criticism. In 2020, he co-curated, with Kevin B. Lee and Cydnii Wilde Harris, the Black Lives Matter Video Essay Playlist, which was named the best video essay project of the year by the editors of Sight & Sound. His video essays have screened at academic conferences and film festivals, including most recently at the International Film Festival Rotterdam. He holds an M.Phil. from the Centre for Film & Screen at the University of Cambridge and has been on the editorial board of Screenworks since the fall of 2019. His personal website is www.willdigravio.com. 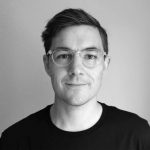 Dr Alex Nevill is a cinematographer, filmmaker and Senior Lecturer at Kingston School of Art in Kingston University, London. He has photographed several independent feature films as well as award-winning short projects. In conjunction with his practice, Alex is the author of a short book Towards a Philosophy of Cinematography (Palgrave, 2021) and has published work in the Journal of Artistic Research, the Journal of Media Practice and Alphaville Journal of Film and Screen Media. Alex studied filmmaking at the Screen Academy Scotland and completed a PhD in the Digital Cultures Research Centre at UWE Bristol with a scholarship through the AHRC 3d3 Centre for Doctoral Training. Before joining Kingston University, Alex taught at Nottingham Trent University and the School of Cinema at San Francisco State University. He joined the Screenworks team in 2016. www.alexnevill.com 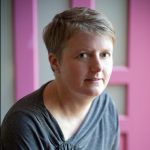 Dr Catherine Gough-Brady is an award-winning documentary producer and director who publishes on the emergent use of video as a method of academic discourse, and the relational nature of documentary production processes in journals including Media Practice and Education, Screenworks, [In}transition, The International Journal of Creative Media Research, and Cultural Geographies. She is currently co-editing an edited book of essays on the intersection between creative practice and theory. Catherine produced and directed six ABC TV documentary series, including Legal Briefs (2016) and Ethics Matters (2017). Catherine created 11 radio features for ABC Radio National. Catherine is currently in post-production on a TV half-hour for ABC TV called The Communicator. Catherine is Head of Postgraduate Studies at JMC Academy in Australia. www.catherinegough-brady.com 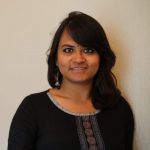 Shweta Ghosh is a National Award winning documentary filmmaker and researcher from India. She is Lecturer in Screen Practices and industries and a PhD candidate at the Department of Film, Theatre & Television, University of Reading, UK. Her work explores filmmaking processes, onscreen representation, identity and creative practice in India and the global South. Shweta’s ongoing PhD practice research explores disability and film/video expression, and the socio-cultural contexts of accessibility and equity that circumscribe filmmaking by people with disabilities in contemporary urban India. A key outcome of the project is a feature documentary titled We Make Film (80 mins, HDV) to be released in early 2021. Shweta has previously explored a range of subjects through her documentaries and written work, such as disability and sexuality (Accsex), culinary culture, identity and memory (Chatkorichya Athavni/A Slice of Memory) and tea consumption cultures in India (Steeped and Stirred). Her debut film Accsex was awarded the President of India’s National Film Award. As a part-time member of staff at FTT, Shweta teaches on and convenes a range of practical modules on film production, creative industries and pathways, along with critical modules based on her specialisms in disability and Indian cinemas. www.shwetaghosh.com 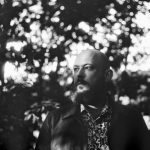 Dr Matthew Hawkins is a Senior Lecturer in Film Practice, London South Bank University. Matthew specialises in film practice as research working across fiction film, documentary, ethnography and experimental film. His work engages with grassroot communities, belonging, migration, and the everyday. His PhD, entitled The Concept of Affective Tonality and the Role of the Senses in Producing a Cinematic Narrative, is focused on the concept of affective tonality and the potential of using affect as a tool to produce and conceptualise narrative (in) film practice. His theoretical work draws on the empiricism of Gilles Deleuze, and the wider field of film-philosophy. Matthew’s practice has received funding from the National Lottery and Channel 4, The Arts and Humanities Research Council, The Leverhulme Trust, Team London GLA (Mayor of London), and The Capital Foundation Trust: Grassroots Fund. 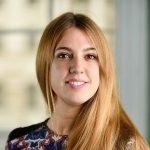 Dr Estrella Sendra Fernandez is a researcher, filmmaker, festival curator and journalist. She is currently working as Senior Teaching Fellow in Film and Screen Studies at SOAS, University of London and Teaching Fellow in Global Media Industries in Winchester School of Art, University of Southampton. Estrella has been developing a regional area of expertise in Senegal, with a PhD thesis on ‘two-tier festivals’ in the country, funded by the Department of African Languages at SOAS, University of London. Her research interests include festival studies, global screen media, African cinema, audiovisual representations of migration, gender, youth and digital media. She engages with artistic research and pedagogy, notably through the implementation of video essays as creative assessment methods. She has been involved in numerous festivals in Spain, Senegal, South Africa and the United Kingdom. For more information about her work, please visit her personal website www.estrellasendra.com