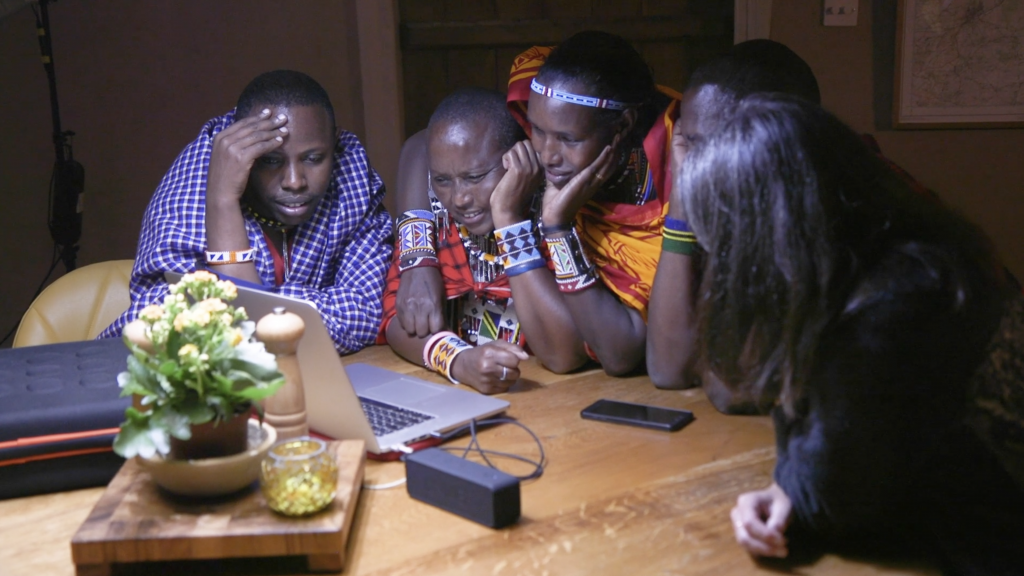 It is with great pleasure that we publish the final piece for our Volume 11.1: Orson Nava’s Decolonising the Curatorial Process. This forty-minute documentary invites us to a participate in a special, temporal and intellectual journey, engaging with dialogical practice and reflection on what decolonising art institutions and spaces entails. From the Museum of London Docklands in London, to the Pitt Rivers Museum in Oxford, and Cape Peninsula University, the film becomes a meeting point for researchers and practitioners committed to radically transforming museums and higher education institutions, as well as the collaboration between these to. Beyond this insightful call to dismantle long-established Eurocentric curatorial practice, Nava’s film and research statement evidence the dialogical and inter-disciplinary methodologies that participate in what is still an ongoing struggle. Such a process is enhanced by the integration of voices of two peer reviewers, who celebrate the visibility to the decolonial thinking process led by researchers of African heritage.

Susan Cardillo’s Finding Matilda – Teaching and Learning about the Holocaust through Documentary Creation, explores the process of experiential learning through filmmaking with students documenting an archaeological project in search of the remains of Matilda Olkin, a young Lithuanian college student and poet who has been hailed as the new Anne Frank. The film and accompanying research statement outline how through the process of making the documentary these “GenZ” students developed a greater understanding of the Holocaust whilst at the same time giving one of its forgotten victims a voice. The project explores how teaching and learning about the Holocaust can be enhanced through project-based, experiential learning in a real-world context of study and engagement with the human condition. [Ed.: If you enjoy this you might also like our special issue Vol 10.2 on Practice Pedagogies (edited by Lucy Leake in association with the journal of Media Practice Education).]

Jeremy Bubb’s In Search of A Past is an autoethnographic three-screen art installation which explores the experience illness and death from dementia of his mother, Dorothy. Building on Bubb’s previous multi-screen work (see Writ in Water), the project takes the form of a triptych, with a central video image documenting the now empty domestic sphere of his mother’s home, flanked by two screens with images from Bubb’s family archive: youthful images on the left juxtaposed against older images on the right. In each of these screens photographs slowly morph from one to another through time using a slow dissolve which results in deformative moments where two images are overlaid, drawing to light the shifting nature of identity and human mortality. The project, which references both slow cinema and moving image art practice, is both a visual paean to his mother and a moving testimony of the ongoing traces of a life, even in absentia.

In When Dahlias Bend Down, Tasos Giapoutzis offers an intimate portrait of his elderly grandparents, capturing details of everyday life in a Greek village, their apartment and its veranda, overlooking the eponymous Dahlias. The minimal presence of the filmmaker is felt through the subtle use of observational documentary techniques which cumulatively create a sense of nostalgia. The first half of the film documents the couple’s routine as they navigate the grandmother’s painful ill health and anticipate the end of her life. In the second half, the film explores the widowed grandfather’s struggle to cope in the flat alone after her death, as he contemplates his own mortality. The film both functions as memory text and investigates the relationship between filmmaker and subject, drawing on autobiographical and autoethnographic research models and inviting the viewer to share in the sense of loss and remembrance.

The Park is a poetic documentary by Kim Munro which explores the final eight months before the closure of Wantirna Caravan Park on the outskirts of Melbourne. Residents of the park were handed eviction notices and given a year to vacate in December 2016. This film de-centres narrative to provide a series of vignettes of life in the park as the residents collect petitions, write letters and hold roadside protests. In her accompanying writing, Munro reflects on the way poetry in documentary can function as a means of reconsidering and problematising the expository-authority of the filmmaker.

Agnieszka Piotrowska’s Repented, Flora and Dambudzo, a practice-research journey across two experimental films which share a core compelling question about the influence of colonialism on intimate relationships in Zimbabwe. Flora and Damudzo (2015) depicts a scene between the iconic Zimbabwean writer Dambudzo Marechera and his German lover Flora Veit Wild using words from their historical writing. Repented (2019) is based on a play by Zimbabwean playwright Stanely Makuwe and focuses on the confrontational meeting of two characters after a long absence. Through split screen editing, the film also incorporates archive material shot during colonial times in Rhodesia and South Africa which serves as an expressive illustration of the profound injustice, oppressiveness and gestures of defiance that occurred. Through this sustained enquiry, Piotrowska describes the process of adapting different material for the screen, explores notions of theatricality and reflects on the significant period of time between the creation of the films as a period of learning and questioning her own preconceptions and ideas.

Elisabeth Brun’s Thinking Through Form, a compelling exploration of essay film techniques. In this award winning experimental work, Brun explores how essayist film practice may be a way to think topographically. She suggests that through non-verbal techniques such as camera movement, camera position, montage and algorithm, films can think conceptually about place forms and place structures, as well as their projective powers for the imagination. Brun’s video essay is structured around three visits to her remote hometown in the Arctic North of Norway, exploring this site to build her ideas about how places are perceived, imagined and conceptualized.

Anatomy of a Mermaid: Subverting the performative image of the pregnant woman, by Adriana Páramo Pérez, is a video essay which explores the use of parody in the play Anatomía dunha serea / Anatomy of a Mermaid by Galician actress Iria Pinheiro to share the experiences of obstetric violence she went through during and after childbirth. Páramo Pérez interrogates how the use of humour to portray pregnant women in films has helped to perpetuate a performative image of this experience rather than subverting the imaginary, opening up a conversation about how to portray this uncomfortable topic on screen.

Mirrors and Tears, is a short film by Pavel Prokopic which explores the potential of film to give rise to a feeling of meaning (affective significance) by combining chance, aspects of audio-visual style and nuances of performance – offsetting, in the process, a coherent sense of space, story and fictional characters. Rather than constructing a story, this approach leads to a new disconnected, alogical structure – forging a sense of meaning that is felt before it can be thought.

Chek Lap Kok (Hong Kong Airport) 21.00 01.12.19 is a short video by Stephen Connolly which documents a walk to Hong Kong Airport from the Expo centre on the airport island, by means of slow travel, under makeshift conditions, and without carbon expenditure. The video offers a brief exploration of the materialities and grounded infrastructures of aviation at a moment of pandemic-led change and invites us to look anew at the familiar and banal physical geography of the airport and how we move within it, drawing on Lefebvre’s Production of Space and theories of ‘Spatial Cinema’.

Iakovos Panagopoulos’ visually arresting Flickering Souls Set Alight is a thirty minute fiction film following the life of a Greek family during the toughest years of the financial crisis. With her husband on a life support machine, the film depicts Persephone’s financial and emotional struggles, drawing attention to a lack of support for people suffering from ALS. This practice-research enquiry asks how modernist techniques, such as Brechtian alienation, can comment on contemporary Greek social issues. Highlighting the cinema of Theo Angelopoulos, Andrei Tarkovsky and Abbas Kiarostami as references, Panagopoulos’ research statement details his production process through the lens of a total filmmaker approach and proposes a new wave of political cinema in Greece.

Screenworks is a rolling publication. Each volume runs from Sept to August. We are still accepting submissions for Volumes 11.1.  To submit work please read our Submissions Guidelines and use our Online Submission Form. If you are interested in submitting your practice and want further advice, then please contact us on [email protected] with “Submissions” in the subject line. 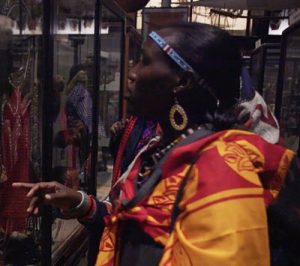 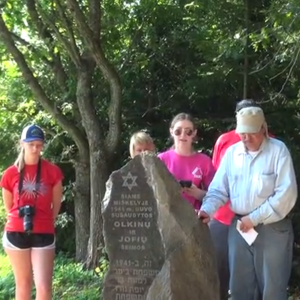 In Search of a Past 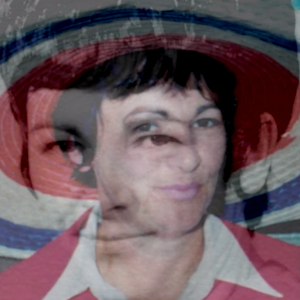 A video triptych which uses the multi-screen format to explore identity, memory and loss of the filmmaker’s mother…

When Dahlias Bend Down 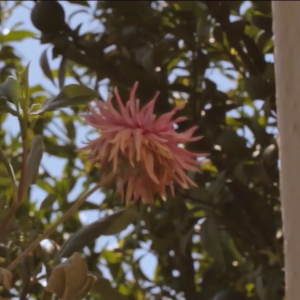 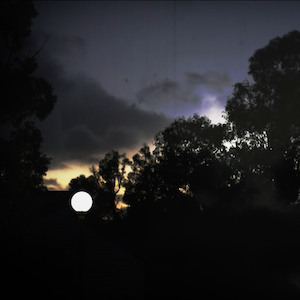 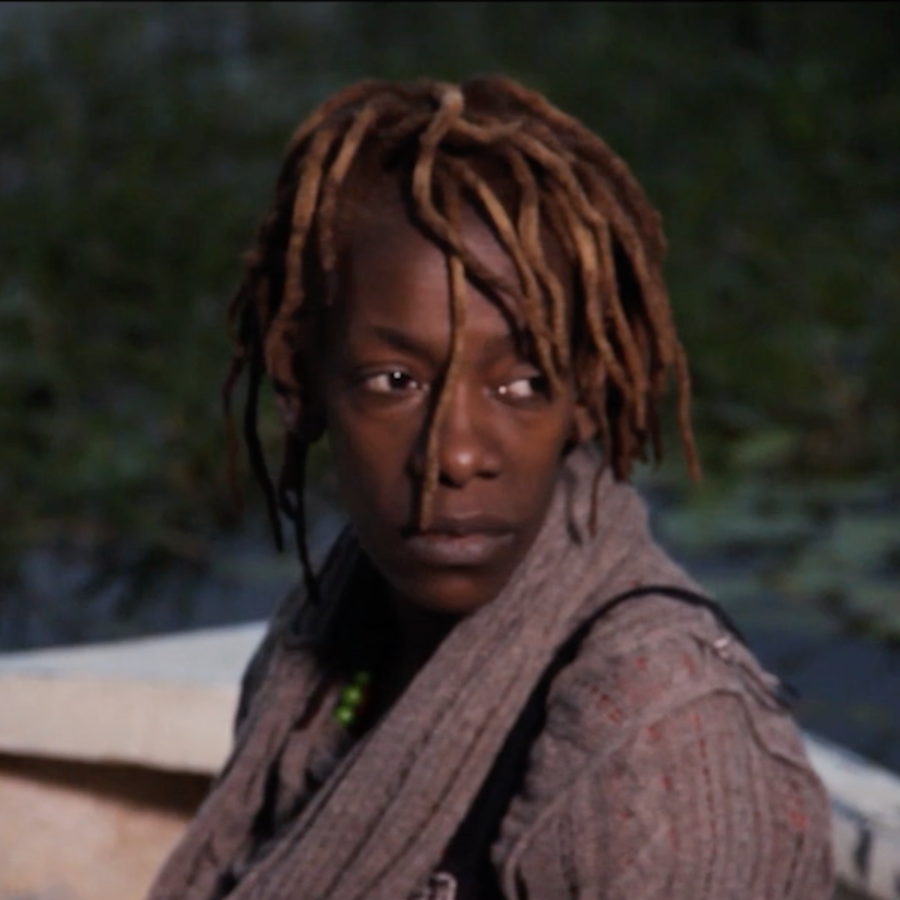 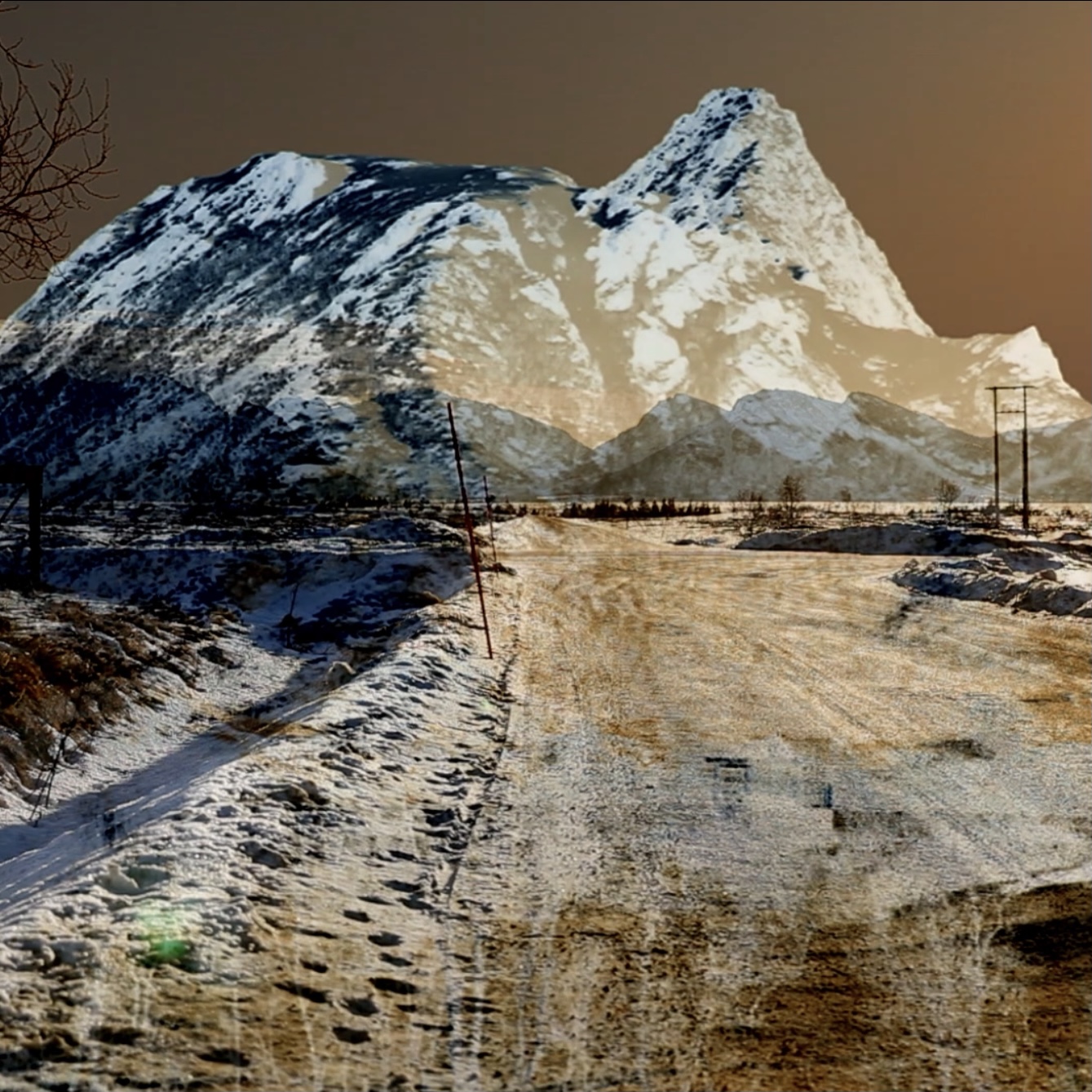 An experimental video, filmed in Artic Norway, exploring how essayist film practice may be a way to think topographically…

Anatomy of a Mermaid 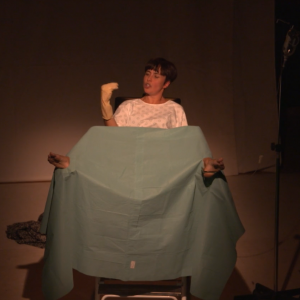 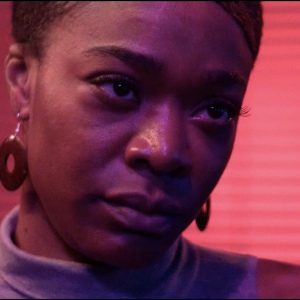 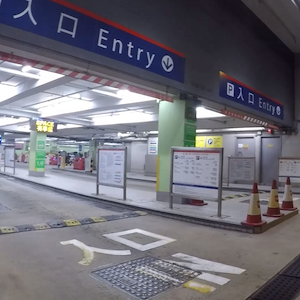 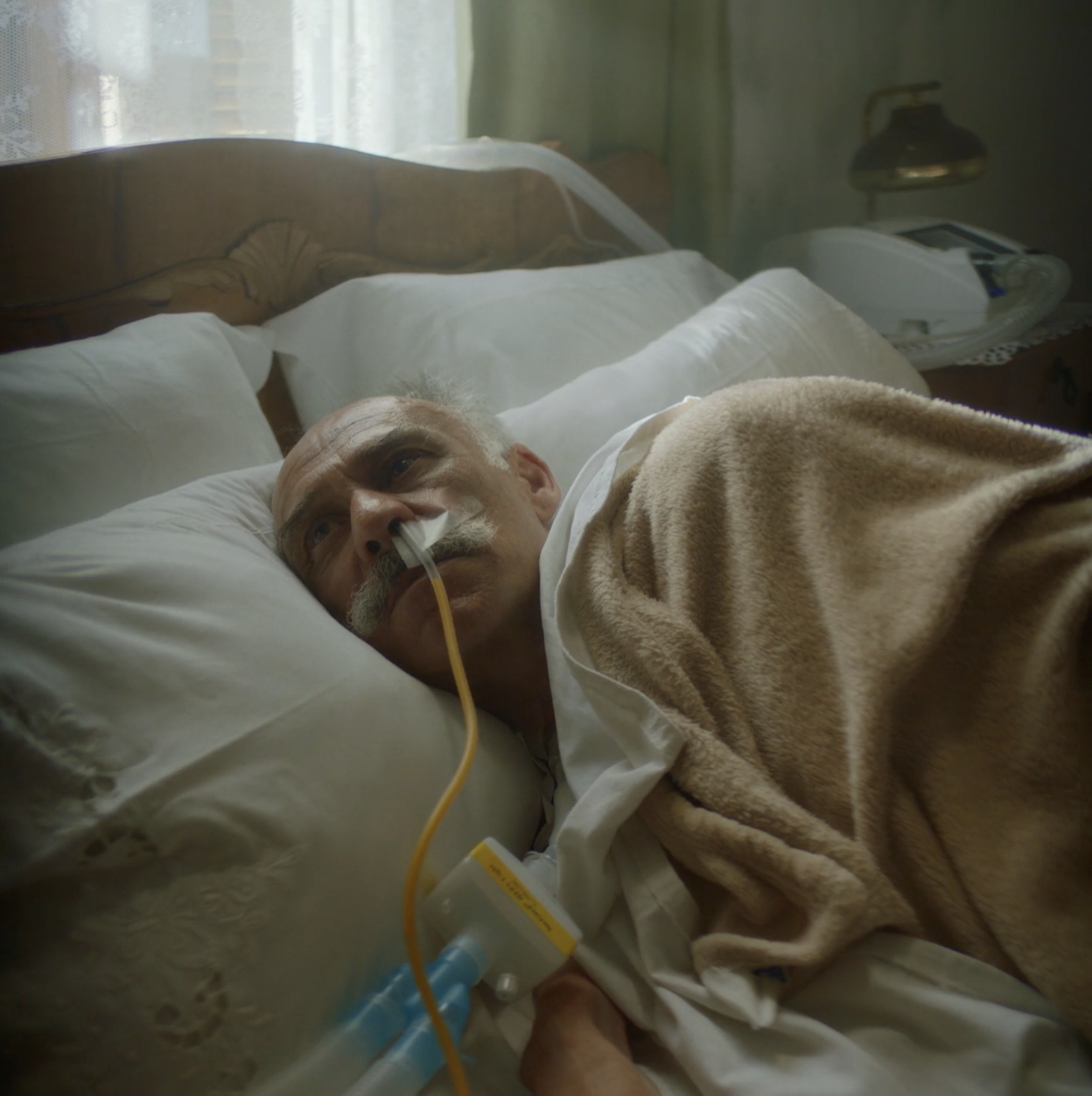