The Man Who Couldn’t Feel 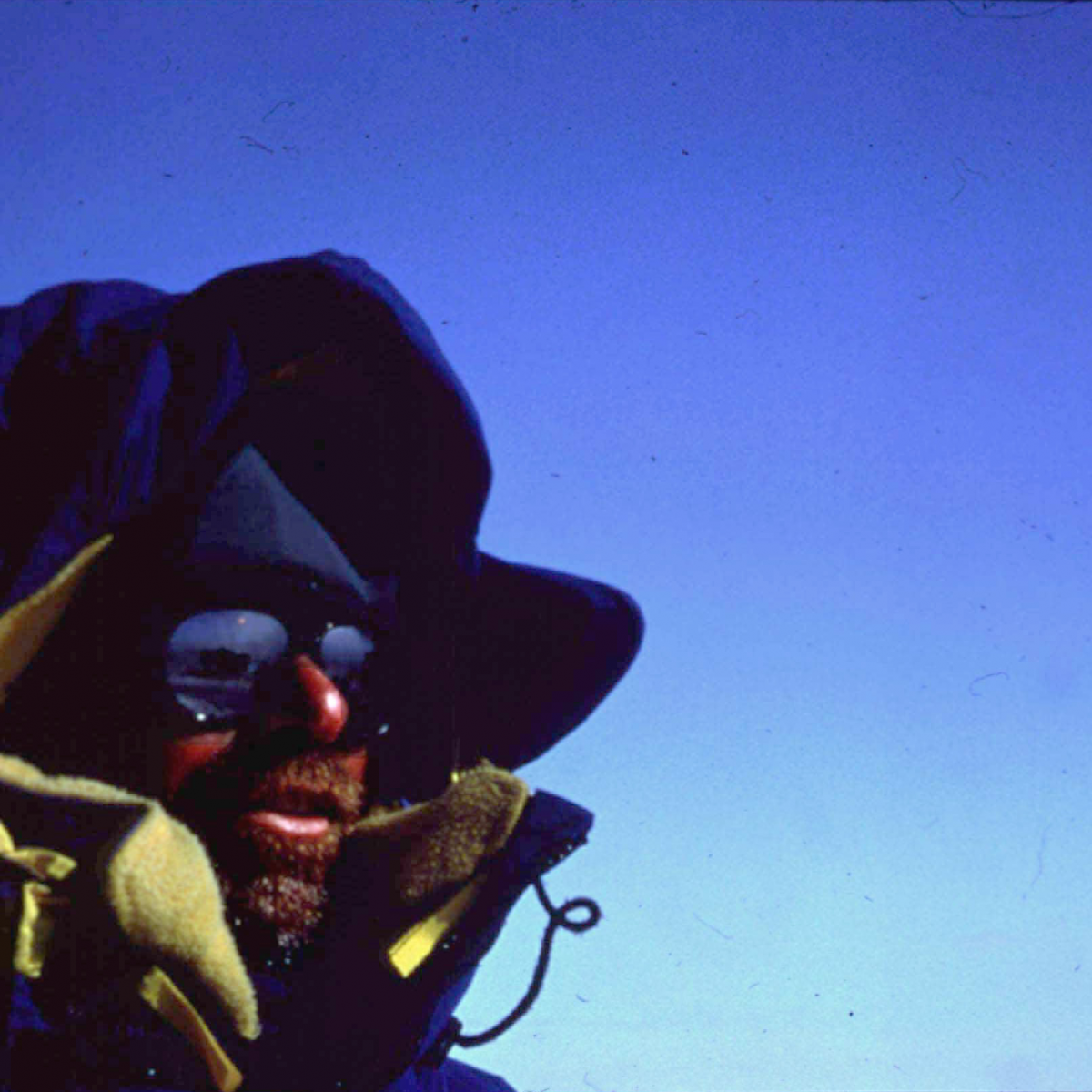 The thesis on the Essay Film is written from the filmmaker’s point of view, following the production of the film ‘The Man Who Couldn’t Feel’ and Other Tales, (54 min, 16mm) made over a period of four years. The film and the thesis together form the PhD submission. The aim of the study programme at the outset was to investigate non-narrative documentary cinema so as to define more closely the ‘essay’ form of documentary. Producing the film and subsequently reflecting on the film making practice and on the wider context of non-narrative structures led to the writing of this thesis. The thesis rejects the position that the essay film is a part of the documentary genre and demonstrates that the essay film is an independent genre and that owes more to avant-garde and literary essay practices than to the documentary genre. The advantage of establishing a film theory from inside the work itself, rather than bringing it in from ‘the outside’, has proved to be immense and very rewarding.

My work as a film maker has developed from my early interest in anthropological film making and the conventional documentary tradition, very much influenced by the work of the French film maker Jean Rouch. After producing several documentaries, I proceeded in my work to look to ‘open up’ the documentary form of filmmaking. I explored a form that is neither fiction nor documentary in my film, Jacoba (Holland, 1988). This film points to the possibilities of creating a film structured from separate sequences – some constructed with the help of actors and sets, some traditional documentary segments, others altogether abstract. It enabled me to try for the first time to break down traditional linear narrative structure. The experience of working with fragments and self-contained scenes was, in hindsight, extremely valuable upon embarking on ‘The Man Who Couldn’t Feel’ and Other Tales.

Several years ago I travelled to mainland China with 70 rolls of Super 8 film (with no sync sound). My purpose was not to make a documentary film about China. I collected images that were powerful as independent images and contained within themselves an idea that stayed with me longer than the passing impression of travel. Those images were not chosen as representing life in China . Later, I proceeded to collect images from around the globe on subsequent travels. In addition, I brought together, for the purpose of creating the new film, archive material I have collected over the years, musical recordings I made in the past and written texts I have gathered from various sources during my work as a film maker. Conventional editing methods were completely unsuitable in constructing a non-narrative film. I compiled all the rushes randomly into large reels and, throughout the viewing and later the editing process, I kept the material unclassified and resisted grouping it in an order or form. I started editing, not from a theoretical perspective or according to a pre determined structure, but from within the material itself – images, sound fragments and music. The theory would come later. Examination of the completed film – ‘The Man Who Couldn’t Feel’ and Other Tales – a film that was intended originally to be a non-narrative documentary, led to the definition of the essay film as an independent genre and not as part of the documentary discourse.

This thesis demonstrates that the essay film is a unique genre, creating an aesthetic coherence through the use of image and sound fragments, put together in a variety of narrative and non-narrative structures within a film, ‘methodically unmethodically’ edited together to create an aesthetic unity. This is bound together with the notion that film maker is present inside the work and introduces it to the audience, asking them to take part in the construction of the film’s meanings. As a result, the cinematic ‘text’ becomes the ‘reflective text’, the mediating medium between the filmmaker and the spectator. The essay film follows Montaigne’s, Vertov’s and Astruc’s steps in ‘writing’ fragments as they occur to the writer, or the film maker. These fragments are in turn edited together associatively, relying on poetic metaphor and juxtaposition.

A detailed look at the essay film form and a full structural analysis of the film ‘The Man Who Couldn’t Feel’ and Other Tales reveals the linear and non-linear structural elements within the genre, and the use of the avant-garde montage and poetic film metaphor techniques to achieve a coherent form based on the fragmentary cinematic text. Beside the avant-garde roots of the essay film, the genre owes much to the literary essay tradition as recognised in modern European literature since the publication of Michael de Montaigne essays. Many of the literary essay’s aesthetic, thematic and structural elements are to be found in the essay film genre. The strong avant-garde elements of the cinematic language within the essay film, together with its links to the literary essay, point to the definition of an independent film genre – the essay film. Each and every essay film is unique in its structure, and the genre as a whole does not conform to a pre-determined cinematic construction. Nevertheless, the thesis charts some useful characteristics and definitions for the establishment of an independent essay film genre.

His point is, the most significant (and for the artist, the most liberating) aspect of essay films, is their capacity to transcend the narrow dichotomy between narrative and anti-narrative, or Structure and Freedom, or indeed any coded version of the ideological (i.e. political) distinction between Subject and Object.

While many film essayists do enter into a dialogue with the forms, contents, ideologies and histories of “conventional” modes of cultural representation, there are also numerous examples of essay film, whose existence challenges the conventional dual history of the progressive evolution of cinematic representation. They throw into question the binary genesis of that mythology, and suggest that this particular Nile has more than just two sources (viz. Méliès and Lumière). Though it’s true that both cinema and cinematic theory have largely been defined as/by a tension between the realistic/indexical cinema (e.g. the Lumière brothers), and phantasmatic diegetic trickery (e.g. Georges Méliès), these films are at least evidence of other aesthetico-ideological influences upon, and possibilities for, film. At the very least, they ask that we take into account the influence upon contemporary cinema of the avant garde essay, and the ontological experimentation of the Dadaists, etc.

They are also, possibly, evidence of a new aesthetico-ideological schemata: one which radically alters our perception of the both the boundaries and the constitution of the discreet identities we normally ascribe to the maker, the medium, and the maw that consumes their meanings. Are these films the dreams of the makers, the audience, or the medium itself? There is no answer that does not veil or distort part of the story, and which will not over-simplify an account of the very complex aesthetic and ideological effects they can achieve. So, I will ask another question:

Is the Essay Film the autochthonic artform of post-modernity?
To put it another way: Is the transmedial essay the “natural language” of technised subjectivities, born into the increasingly networked (technologically and technically) semiotic-semantic field of post-modern cultures? I think it is very possible that these strange flickering sequences (neither collage nor montage), these feedback loops between subjectivity and objectivity (neither self-portrait nor other-portrait), these ad hoc proto-syntagmatic assemblages and conflations of indexicality, iconicity, symbolism and diagram-biogram, are in fact the hypnagogia of a dreaming cyborg, whose intercorporeal field has always already included technical beings and other cyborgs. I also think it’s very possible that this ontological paradigm is the key to an epistemological approach that can reveal the transindividuative types of creativity (synthesis) and bricolagist modes of creation (poesis/mimesis) that characterise and define “cyberspace” itself:
Our online identities, our Facebook profiles and everything we do in/with/as them, may just as profitably be regarded as “essays”, as the crowdsource content collaborations, the domestimass-media-mashups, the digital remediations and automated replications, which accrete in an exponentially increasing myriad of instances and varieties, to sites like YouTube. This is what I mean by autocthonic: this is digital fauvism; spontaneous cultural production whose artefacts seem to appear out of the aether (the phase-space of technical affordances, created by the intercorporeal field of machinic technology and human technicity), just as dew condenses upon any suitably constituted surface…

It is this possibility that merits the inclusion of Joram ten Brink’s submission in this journal: Though both the film itself and his discourse upon it are somewhat “pre-digital”, ten Brink presents a detailed analytically reflexive account of what it is like to communicate, using what is arguably (a version of) the autochthonic mode of utterance, the “natural language” or proto-language, of (globalised, digitised, pervasive-convergent, locative-personalised) mediative cybertechnics itself.

Review 2: Accept Film and Statement
I have put myself, or I am, in the position of a spectator of a ‘reflective text’, adopting my own strategy of reflexivity as I watch and review ‘The Man Who Couldn’t Feel’ and Other Tales. There are two screens in front of me, the first is a laptop upon which the DVD of the work is playing. The other screen is the desktop computer upon which I am writing now. This is a hypermedia of which I am familiar. My order of priority is to write the review, although the DVD insists upon my attention at various points, of which I note that it is the repetition of material and the sound track which are triggers. I like the distracted mode of viewing and start to see what I am doing as being in an archive, although unlike an archive my route through it has been structured by the ‘essay film’. I’m not so sure about this, super eight film remediated by digitisation, but still technically linear, I can not go backwards and forwards as easily as I would like? I note that the image quality, in which algorithms and pixels simulate the aesthetic of film, doesn’t have the saturation or light projected quality of film. Somewhere colour has been desaturated and contrast increased. This simulation of film does however add to my sense of being in the archive. The historical nature of the material is overlaid with the history of a technology. Given my own location in culture the images resonate with the decades I have lived through and the scripting has something of a Goddard soundtrack, but this is all nostalgia.

I am worried that this exercise in non-narrative essaying in film is so unaware of being in a digital culture. It uses the digital only to simulate the film and I wonder under what conditions would I watch the film as film, in what room, cinema and with what equipment? And would I watch it at a festival, or an academic conference, or an art cinema possibly? More likely for now I would watch it on Youtube as one more video in the network archive. But these are not the interests of this work, which stays firmly with the first half of the 20th C Modernism, when film was a radical medium. There is almost something of a heritage project going on without this being acknowledged/

I started editing, not from a theoretical perspective or according to a pre determined structure, but from within the material itself – images, sound fragments and music. The theory would come later.
The above, does, I think sets the limits of the exercise, which confines ideas about non-linearity and access to archives to an analogue aesthetic of film. Of course it achieves a coherence and unity, why wouldn’t it? I carry on enjoying the distraction of the hypermediated window in which the DVD is still playing……….